It’s hard to merge bluetooth speaker sound and guitar amplifier tone into a single, attractive unit but some have done it well. We covered the Top 3 Best Bluetooth Speaker Guitar Amplifier Combos previously, but this is about two of the biggest amplifier companies and their misstep (or missed step?) into the arena

You would think veterans like Marshall and Fender would have some promising products to offer, but alas they seem to have come up dry.

This is particularly disappointing in regards to Fender because they have a solid history of innovation and have not shied away from embracing new technologies. They were early successful adopters of modeling virtual amplifiers, and combing solid state modeling with tube driven tones. But for whatever reason they fell well short this time. 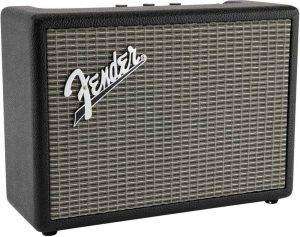 In Fender’s case, they’re offering 2 bluetooth speakers: the Monterey and the Newport. I want to like them, really I do. They look slick. They’re made by Fender. I’d be happy to have one on my desk for streaming music from my phone or plug my Telecaster into and jam along…

And that’s the problem – you can’t. It’s only an audio speaker – for the price of an amplifier!?

Fender got close. They have the speakers, and with the Fender Mustang GT they have a very nice bluetooth enabled amp, but it’s not designed as a bluetooth speaker. It’s not a bad amp for for $250, but it’s just an amp. 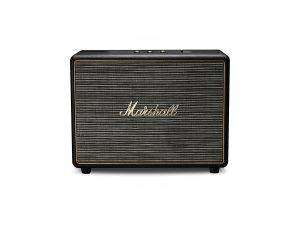 Marshall isn’t any better. They have half a dozen or so offerings ranging in price from $180 to $400, and these products look like amps, but they’re not. They’re just speakers.

Nice try guys, but I don’t have that kind of cash to blow on single function speakers.